Esquire talks fatherhood. And creative writing. And made me cry 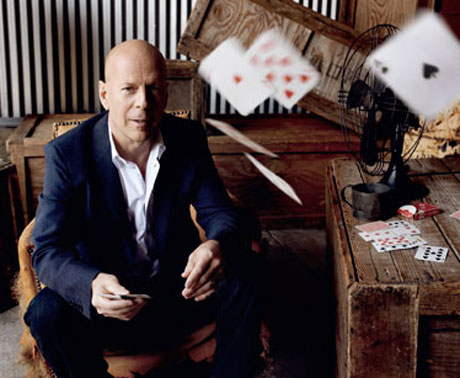 I really wanted a mag to read on the plane. I usually buy Wired or Esquire US when I’m flying back to the country, not out of it. But I saw Bruce Willis on the cover and, eh, I always liked this guy. Now, as he turned 57, he is still awesome, and manly, and powerful and just has those good vibes. So I payed the 50 lei (though cover says only 6 dollars), took my June/July Esquire copy and waited to get on the plane.

I had three hours of flying and some dely time in which I managed to literally read all the stories which is rare because I haven’t done this with one mag only in ages. But they are soooo well written, so touching, so making you want to cry (which I did on several ocassions, usually at the end of certain stories where authors probably were blessed as those kind of endings they gave to their texts are of heavenly origins or, as we commonly call them, touched by inspiration).

But it’s not Bruce Willis I want to talk about today, though I will come back on the subject in a future post when I’ll discuss more on how the writer chose to present the one who, in all jokes, always saves the world. It’s a writing contest I came across and thought it is so cool and actually got into thinking what I’d write if I had to send my entry but there I am reading all rules and as I am not a U.S. resident, well, my glory faded before it even started.

SHORT SHORT FICTION CONTEST. Writing short is harder than writing long and for this reason if one manages to write a great 79 words story, one might win a trip to New York City and a scholarship to Aspen Summer Words 2013. The 79 words are in honor of Esquire’s 79 birthday. But Esquire does more and gives the reader some of the best 79 words stories from known and not that well known authors. I chose my favourite out of the 10 proposed as example. Here it is.

(The Hustler by Dave Eggars)
—
What would you write about in a 79 words text? For fun, you might want to try it and if so, the comments section awaits for your work.
—
P.S. All of my blog writing in the upcoming week will be in English. Where I am, it’s just easier to type in English. Thank you for understanding!

What should I do with my life?

Bruce Willis and the five pees